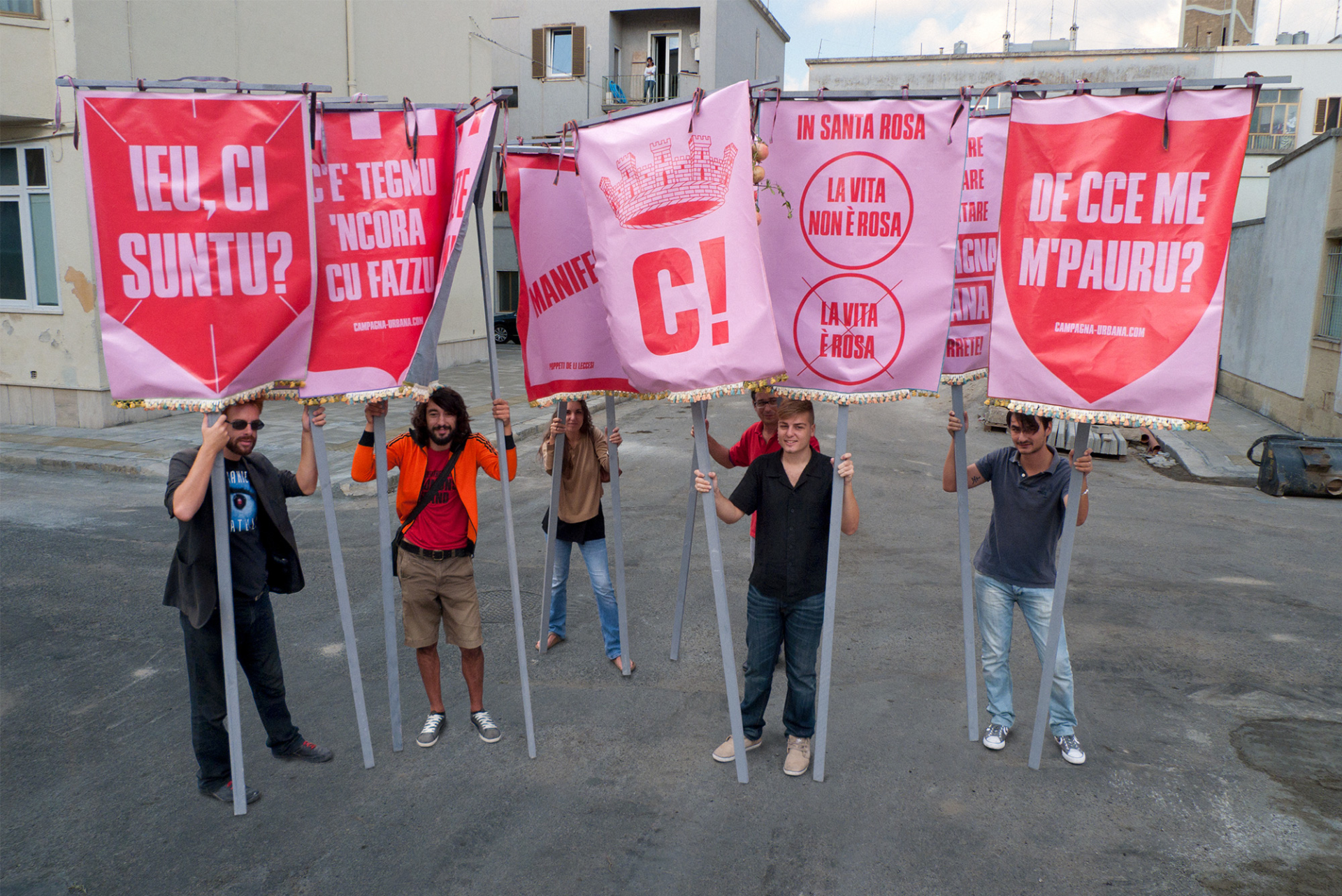 Campagna Urbana was a collaborative project between artists, activists, scholars, cultural producers, associations and citizens that took place in Lecce, Italy, 2012. It aimed to open up new possibilities for social and political engagement in the neighbourhood of Santa Rossa. Through the use of artistic and cultural activities, artists and citizens worked together to reimagine, reclaim and explore their neighbourhood. Campagna Urbana tried to open up the disciplinary boundaries and appropriate new forms of public space. Furthermore Campagna Urbana tried to challenge the marginalisation of culture as an agent of social transformation and imagination.

During the months of September and October different urban actions took place:

An abandoned fountain was made into a stage and activated throughout the summer. The Ammirato Culture House was activated through writing sessions and radical paint sessions (ao). Farmers markets and pasta making workshops were organised in the neighbourhood. And as a closing event a celebratory protest / parade was organised.

The “radical campaign”, developed by Collective Works, tried to combine all activities into a whole. Furthermore it aimed to understand the local issues and establish relationships with the inhabitants through visuals, urban actions and the temporary use of public space.

These “Subverting Forms” or “Methods of Instigation” initially tried to re-experience the local. Which story has what kind of voice, in what manner are messages communicated and how are these messages perceived by the constituency. The importance of the indistinct observation is being explored through an unfocused gaze. Tours were made in and around Lecce; our eyes were open, but not looking at anything. While being on the move local stories and experiences were collected. At the same time reactionary plots were debated. Which methods provoke, instigate or run counter to the community approach. What forms of storytelling excite or activate an audience in a positive manner.

The banners used for the different urban action were made by local female prisoners (in collaboration with Made in Carcere)
Urban campaign
Melons grown by local farmers distributed as flyers
Examples of urban actions; radical farmer market and pasta making workshop
Some of the handprinted signs that reflect on life in Santa Rosa (painted in the local dialect).