Concept and design of the “Messy Kiosk” for Living the City. Über Städte, Menschen und Geschichten, Flughafen Berlin-Tempelhof as part of Constructlab.

Order is not the norm in planning, writes architecture critic Jeremy Till, rather disorder and confusion. He calls it mess, thereby calling attention to the invisible things and processes that make the production of space possible in the first place. However, his verdict can also be transferred to the visual level. What the critic is talking about quickly becomes clear when we compare the abstracted, ordered spaces — developed on the drawing board or with parametric design tools — with the world that actually surrounds us. Architectural drawings — in which the world is held in check by sharp black lines — have few similarities to the lived space, which is chaotic and full. Colorful and unorganised. Penetrated by appropriations that were often wholly unforeseen.

The former Tempelhof airport was transformed into a venue for city life. In a walk-through urban collage, visitors encountered a range of stories about the city and civic society. These stories asked questions concerning fundamental activities like loving, living, making, participating, learning, playing, moving, and dreaming in the city.

ConstructLab developed a “Messy Kiosk” for Living the City. Curator Tatjana Schneider describes it as followed: “ConstructLab wants to question why cities are often planned as disciplining machines that bend to their will. Why is city-making so rarely thought out and planned by the many? Why do order and clear categories always trump other principles? ConstructLab developed a small but complex structure: the Messy Kiosk. It combines — or collides — differing interests with different opportunities. The kiosk is an information system and resting point. It is never just one or the other. It is always a lot and everything at the same time. It is certainly not easy to navigate or understand. But it is messy and colorful”.

At the kiosk visitors could buy books (during the exhibition the structure was activated by bookspeopleplaces.com), gather information and add content. A large cloud of analog billboard and digital displays can be found on top of the kiosk. The cloud consisted of thoughts, questions, statements and referential images. Input was provided by ConstructLab member, the audience and contributors to the Living the City exhibition. 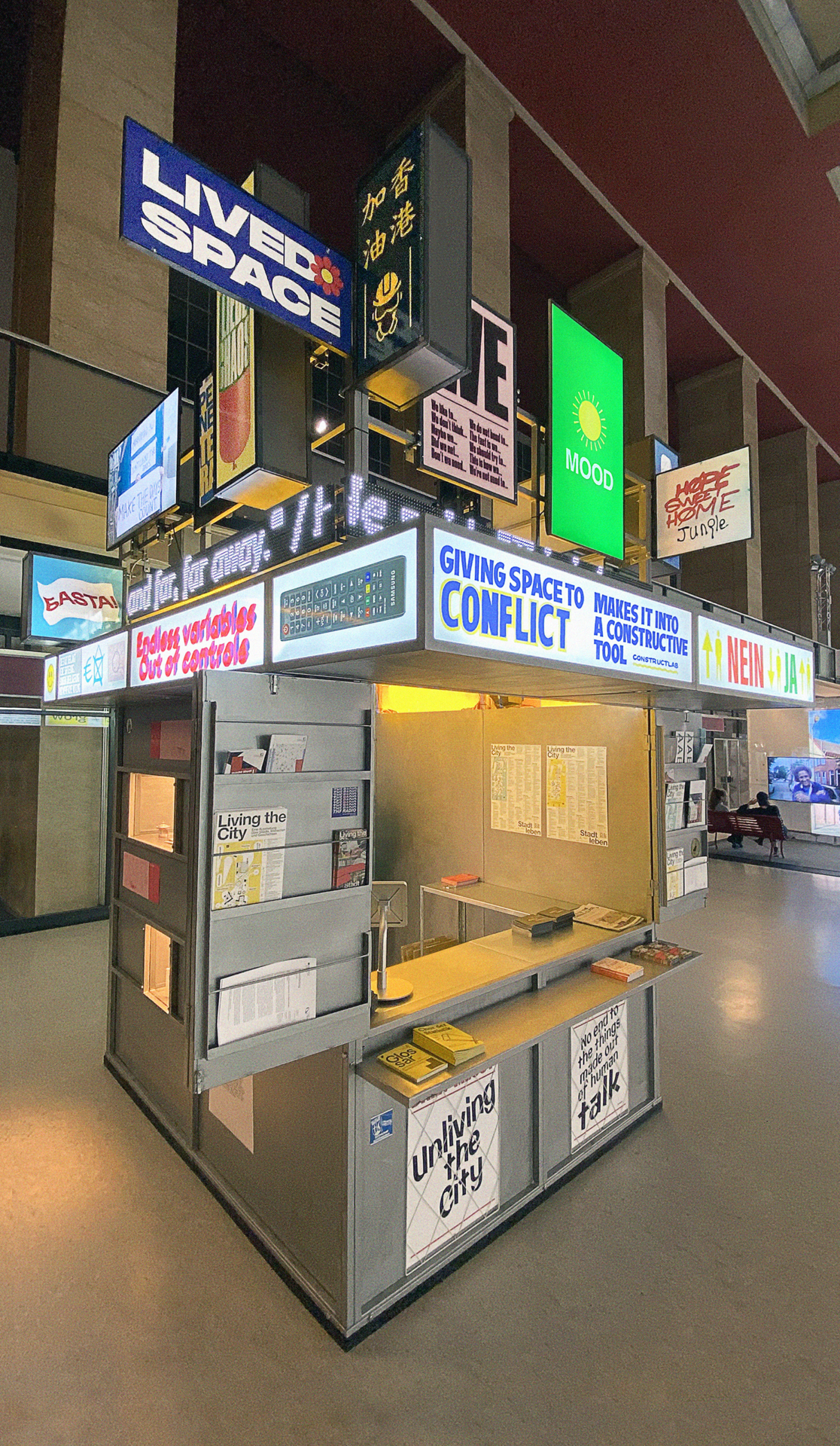 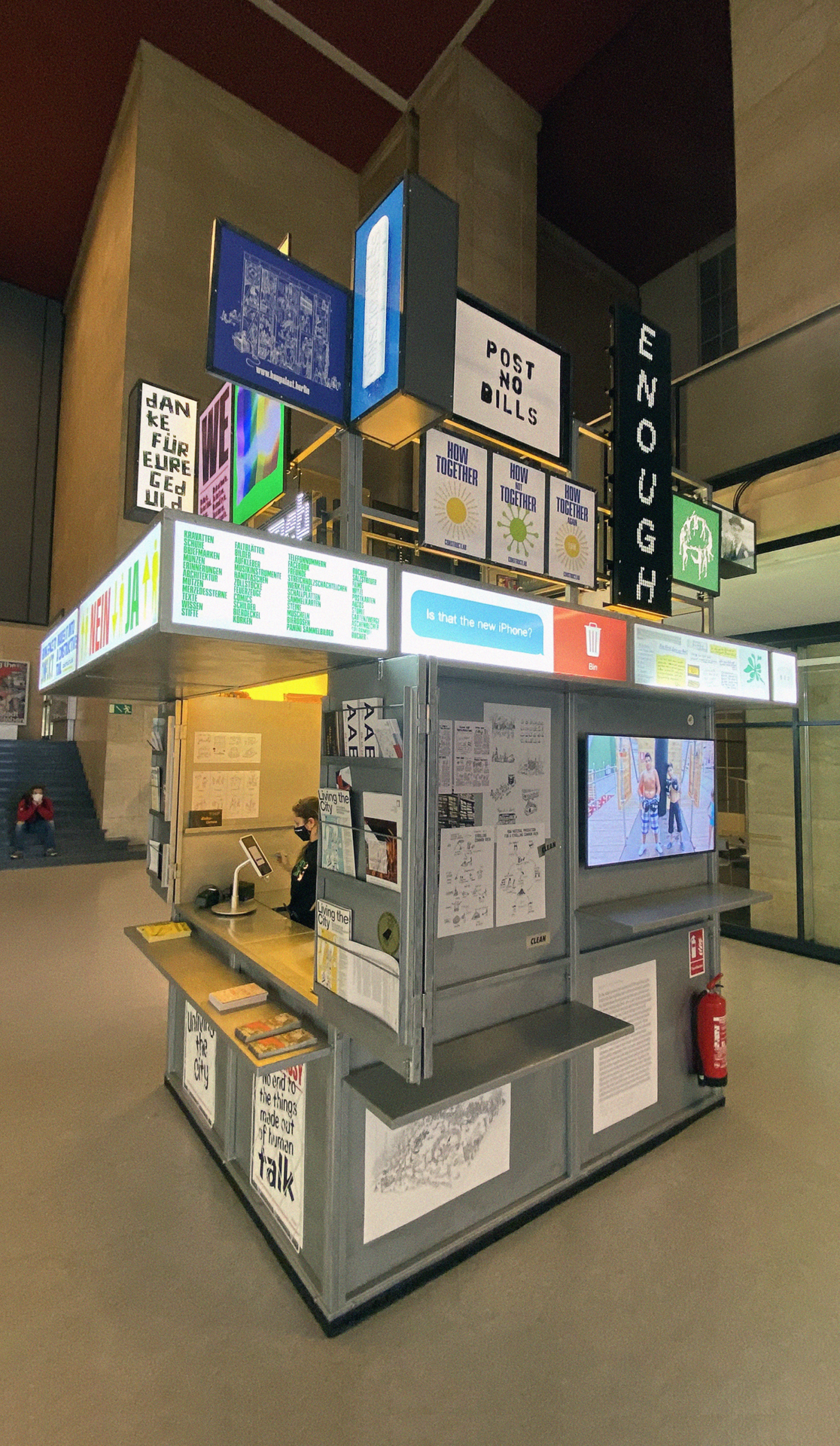 The presence of the Messy Kiosk at Living the City should be seen as a first instalment. Over time altered versions of the kiosk should reemerge in the city. Exploring new messy interests and opportunities. 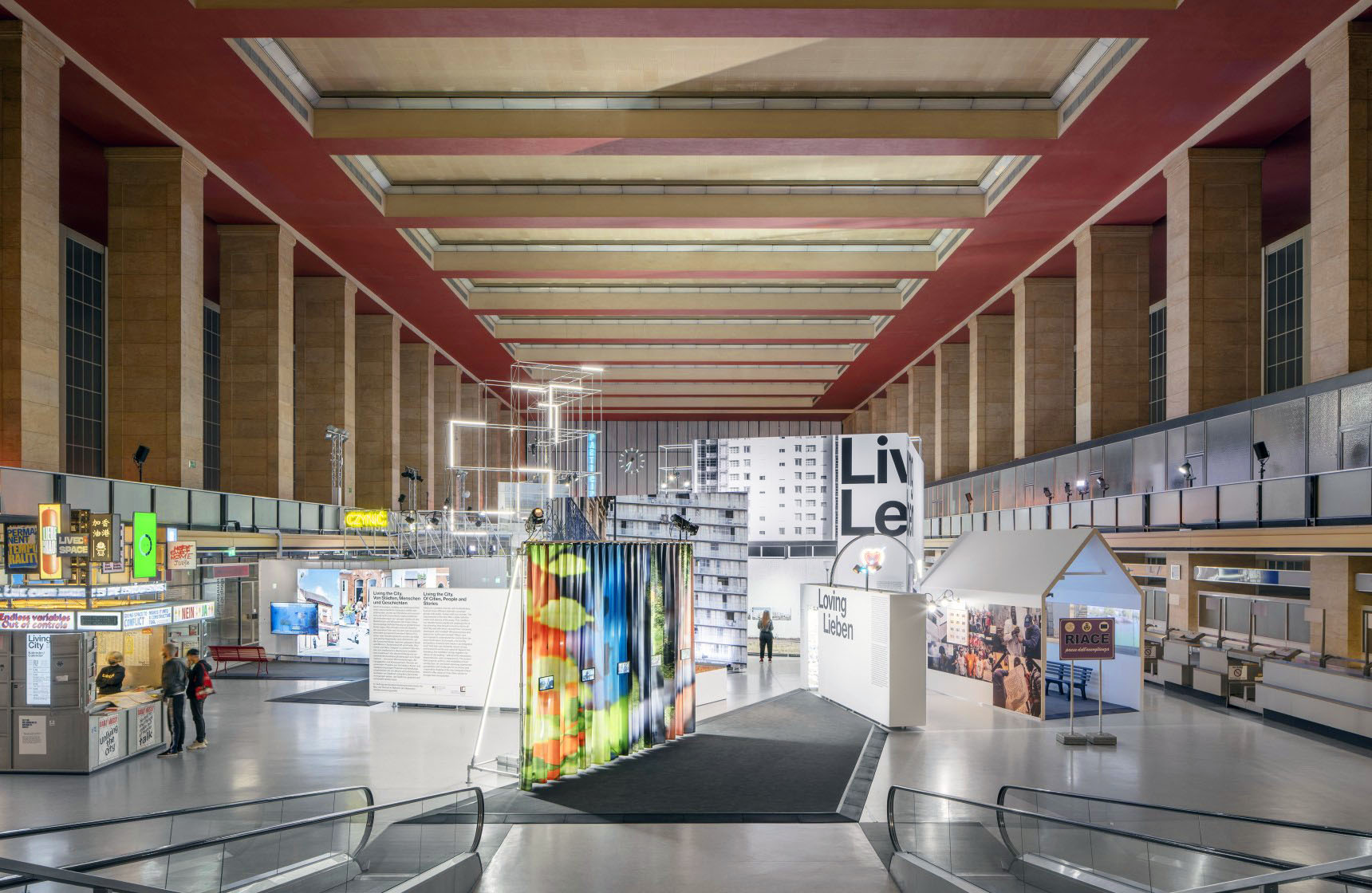